My role in the project 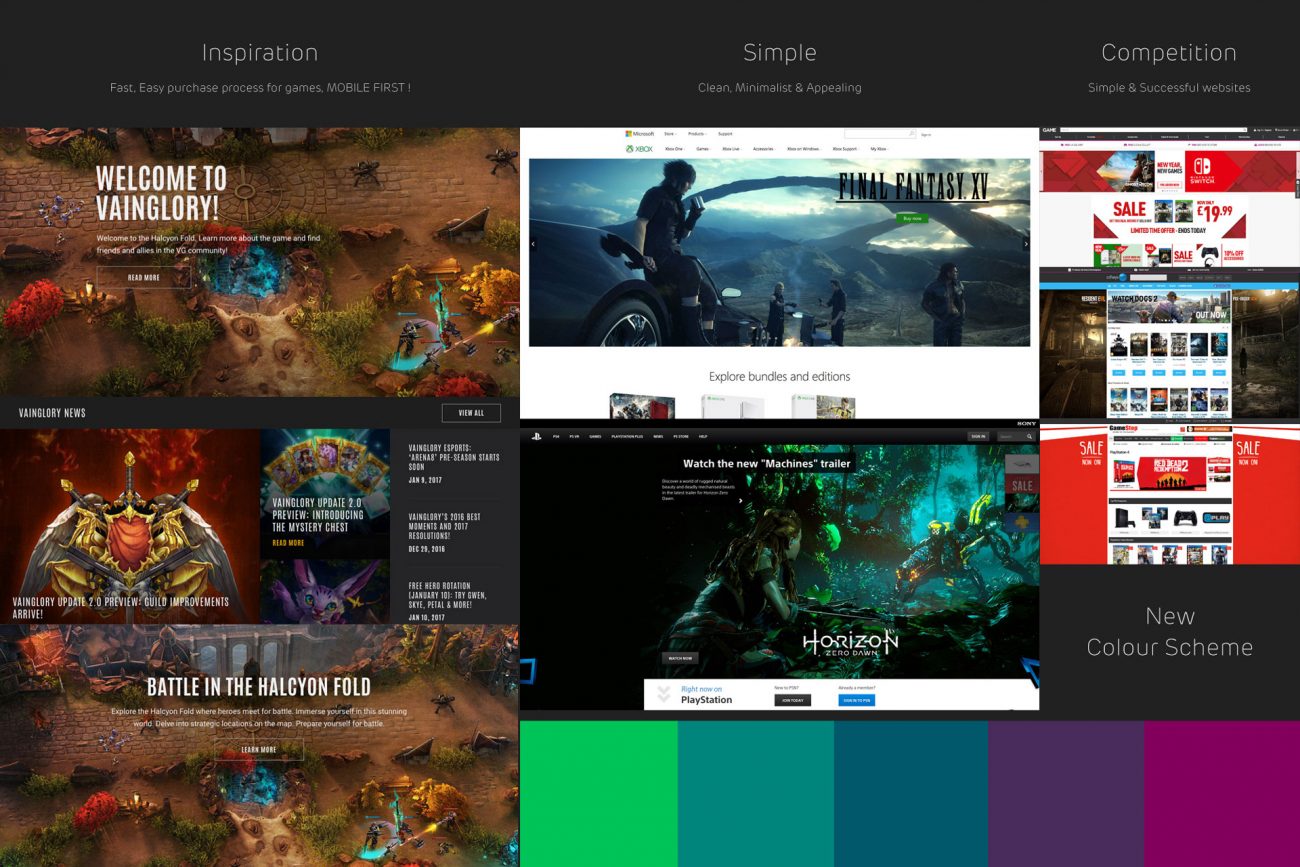 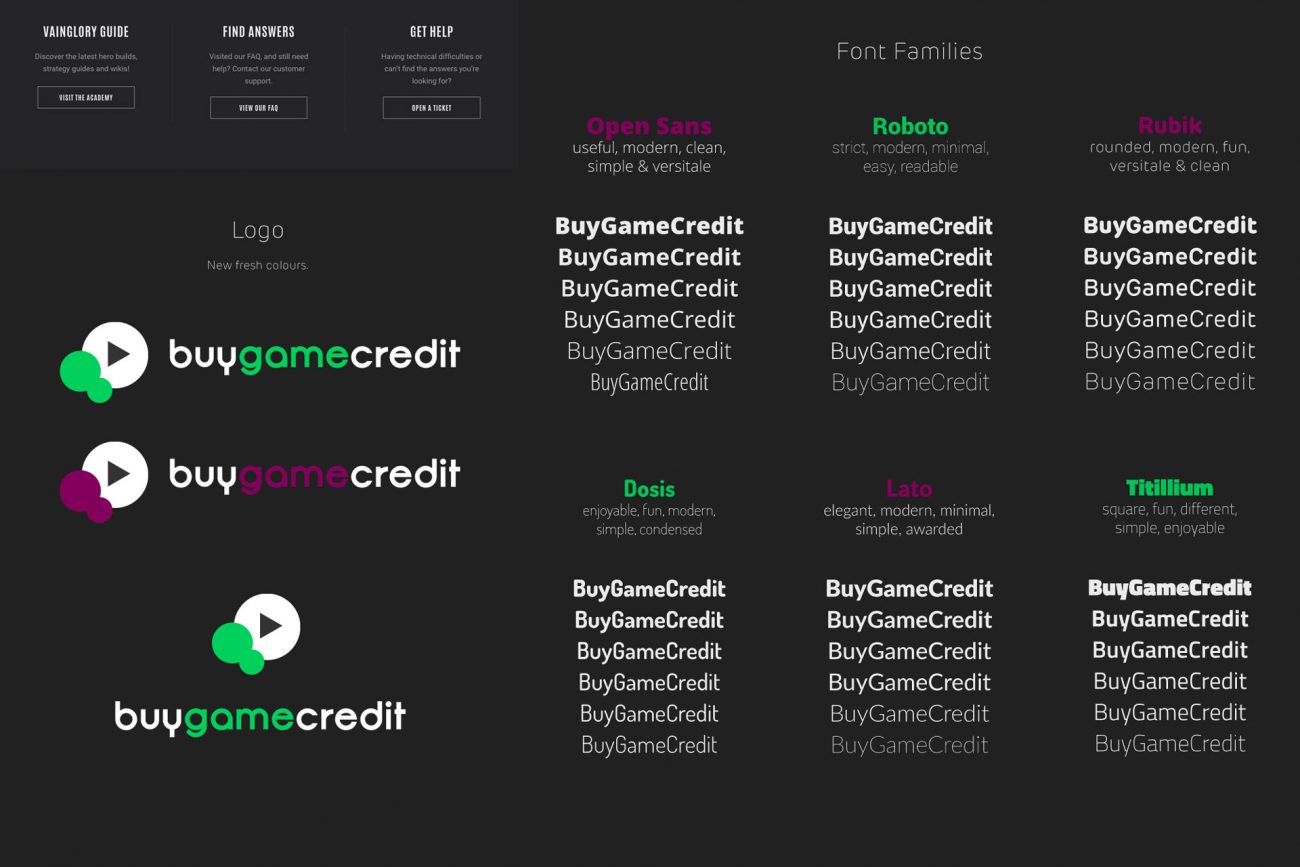 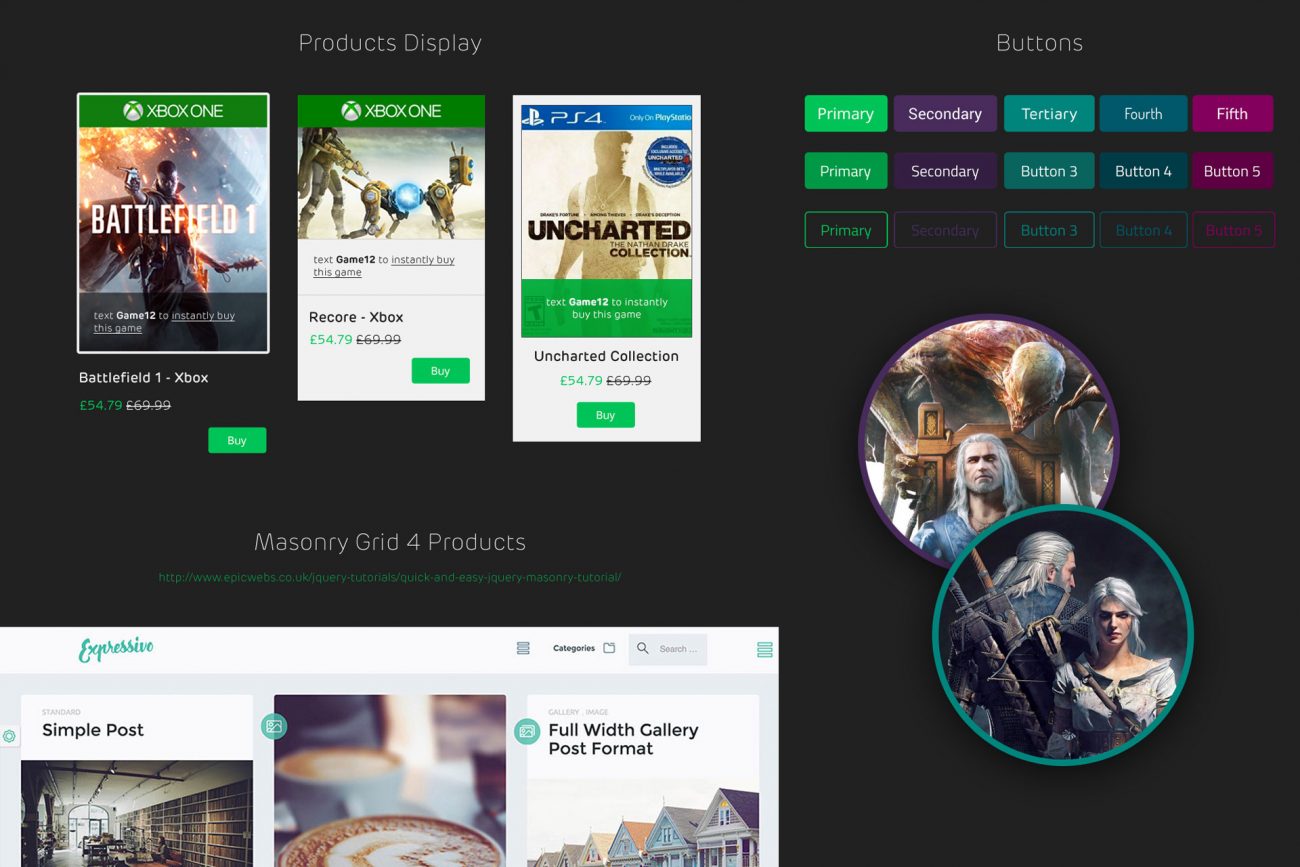 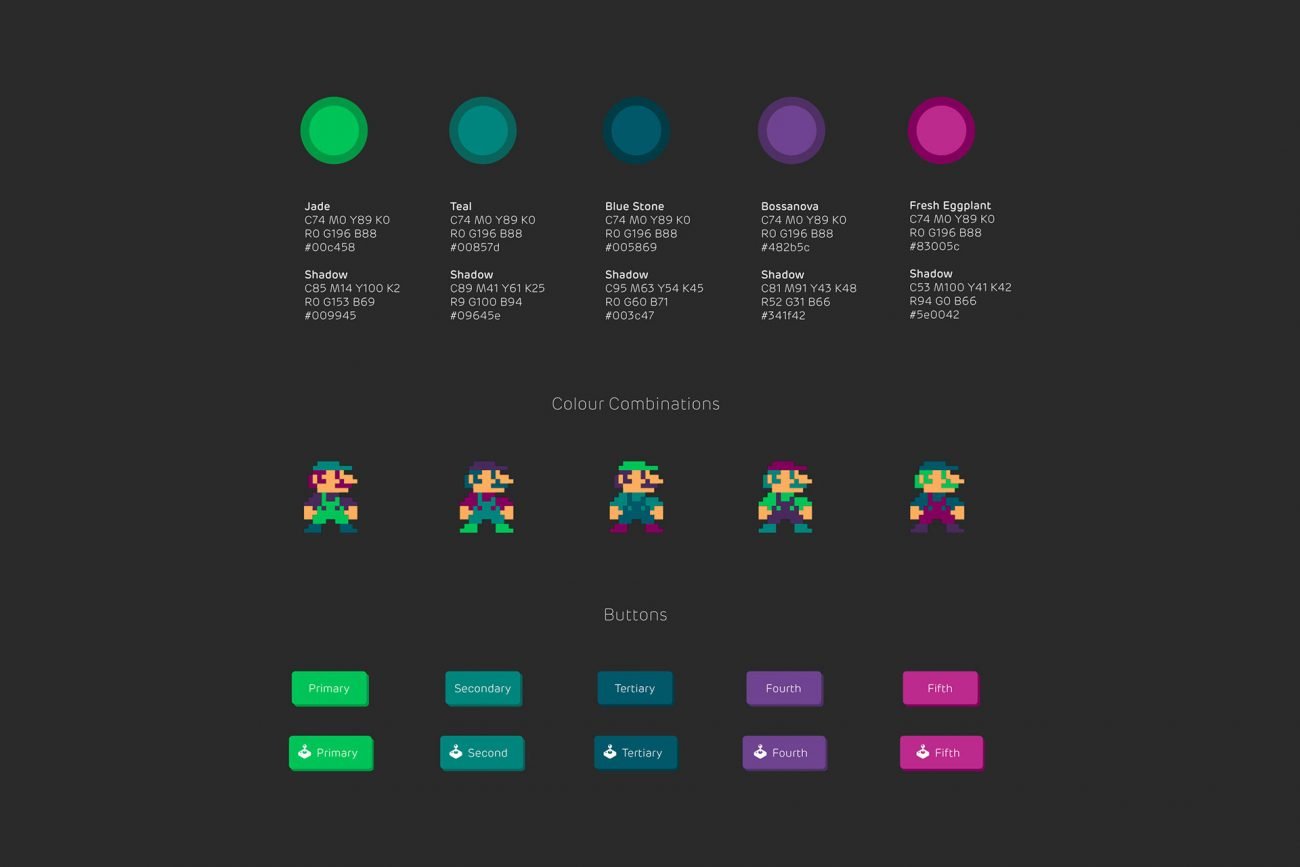 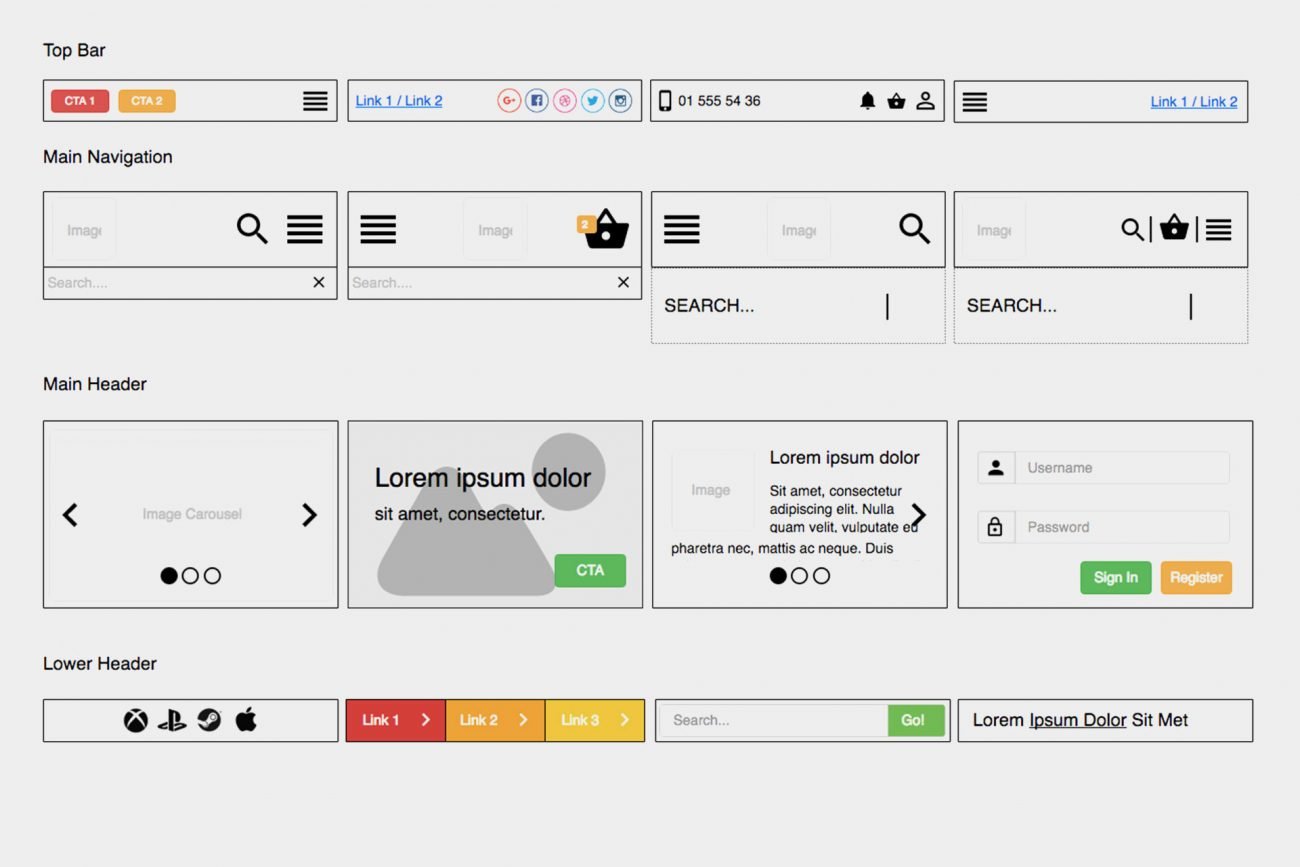 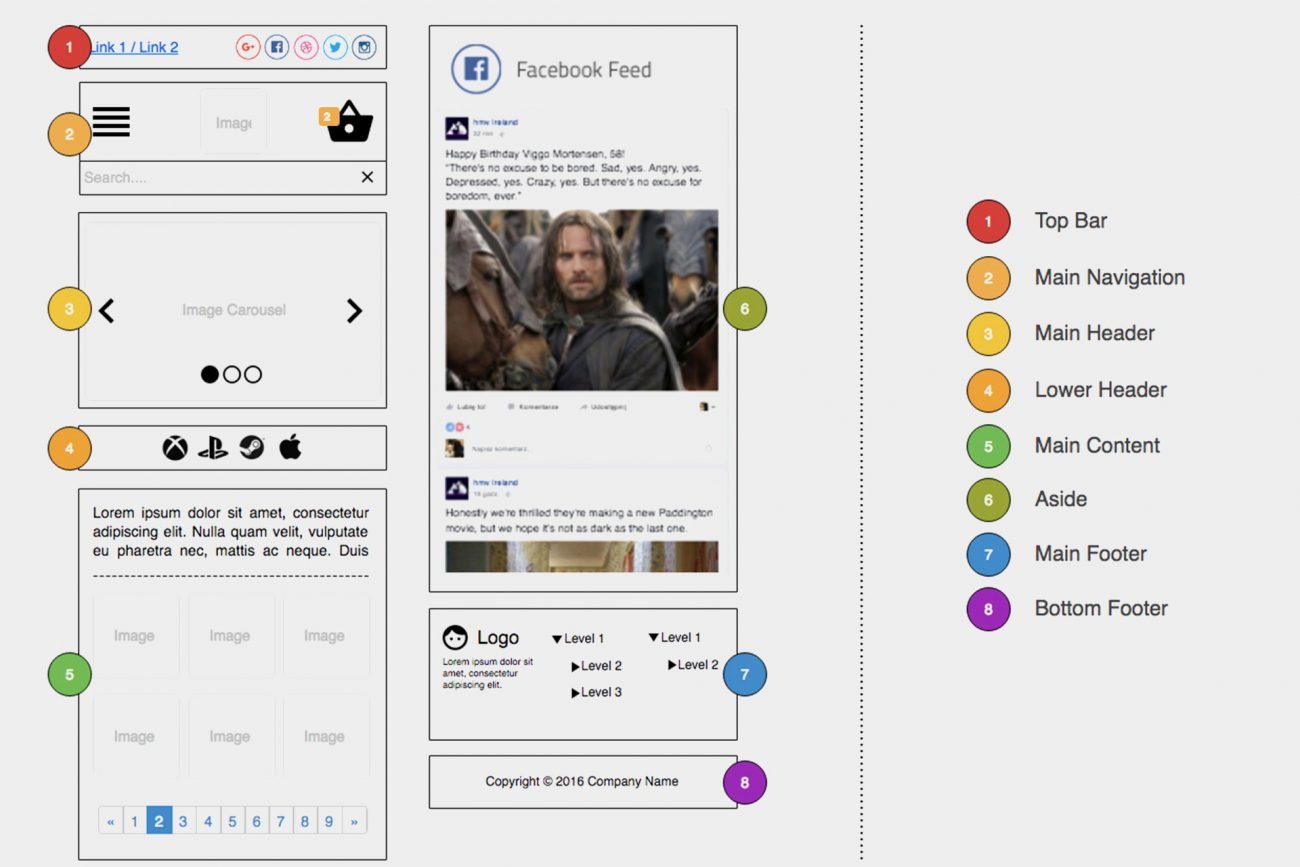 BuyGameCredit was a revolutionary way to buy game credit using mobile phone bill. At the time buying game credits was only possible using credit card or physically going & buying them in shop.

This service allowed anyone with mobile phone to purchase those credits without leaving their room. Whether they were Xbox Live, PlayStation, PC or any game, users could buy with phone credit and get game credit instantly sent to their phone 24/7.

Who was it for:

Because of their extensive expertise in mobile communication Phonovation Ltd. Came up with idea of service mobile payment.

My role in the project

As a Lead UI/UX designer I was responsible for conducting research, gather information, benchmark competition & design visually engaging & simple to use e-commerce style portal that would allow users to buy game credits using their phone.

They would receive sms with code & when used on website would redeem their credit code. Everything would take seconds & user could enjoy their points instantly charging their XboxLive or Playstation account. 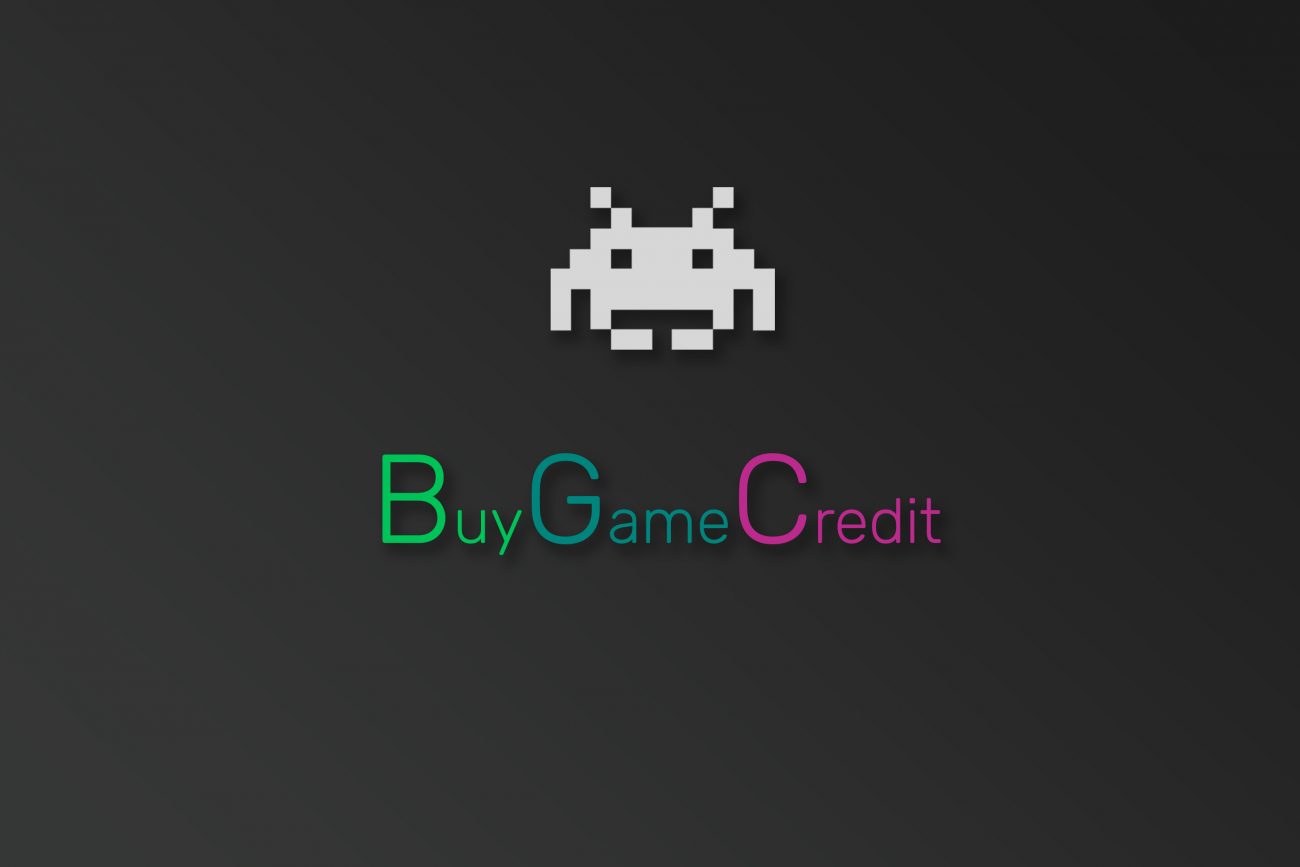 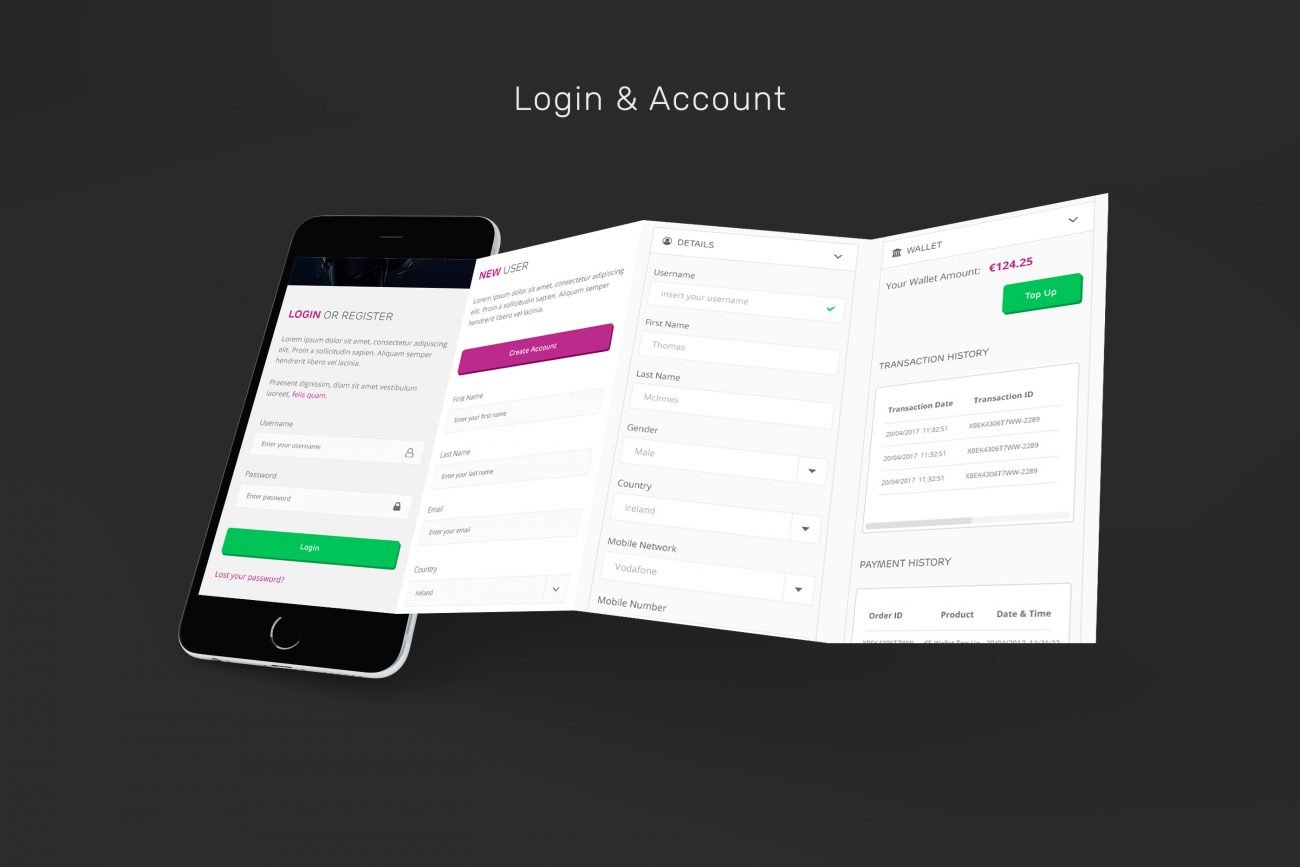 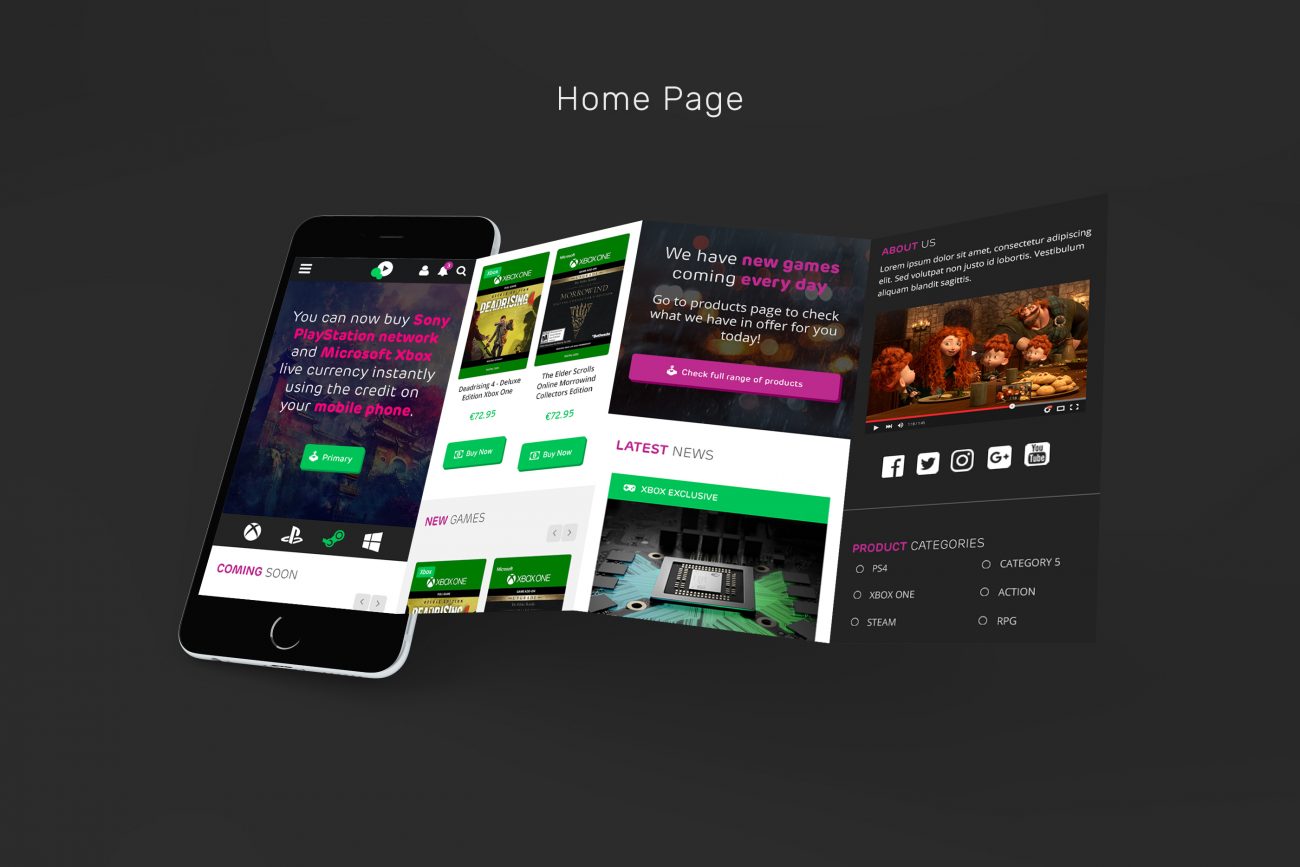 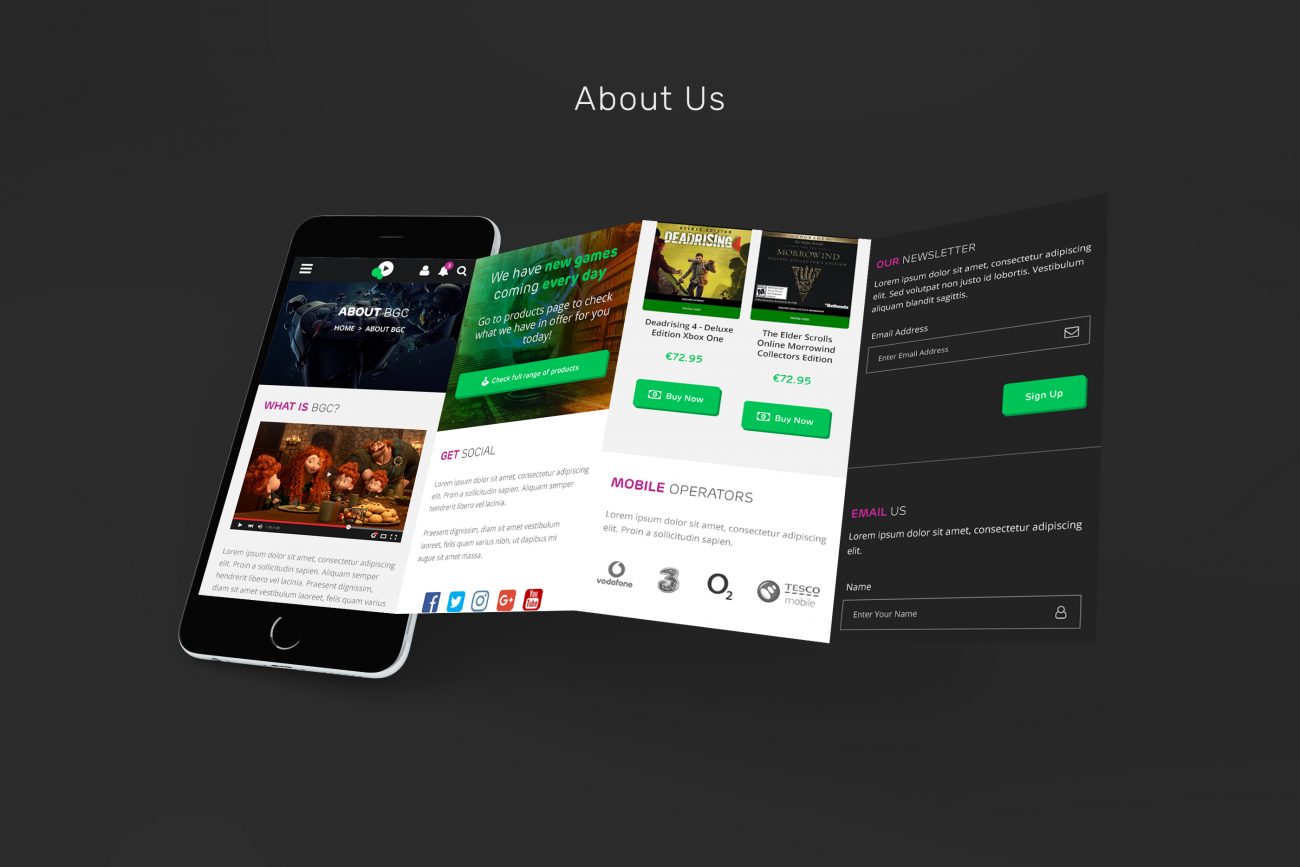 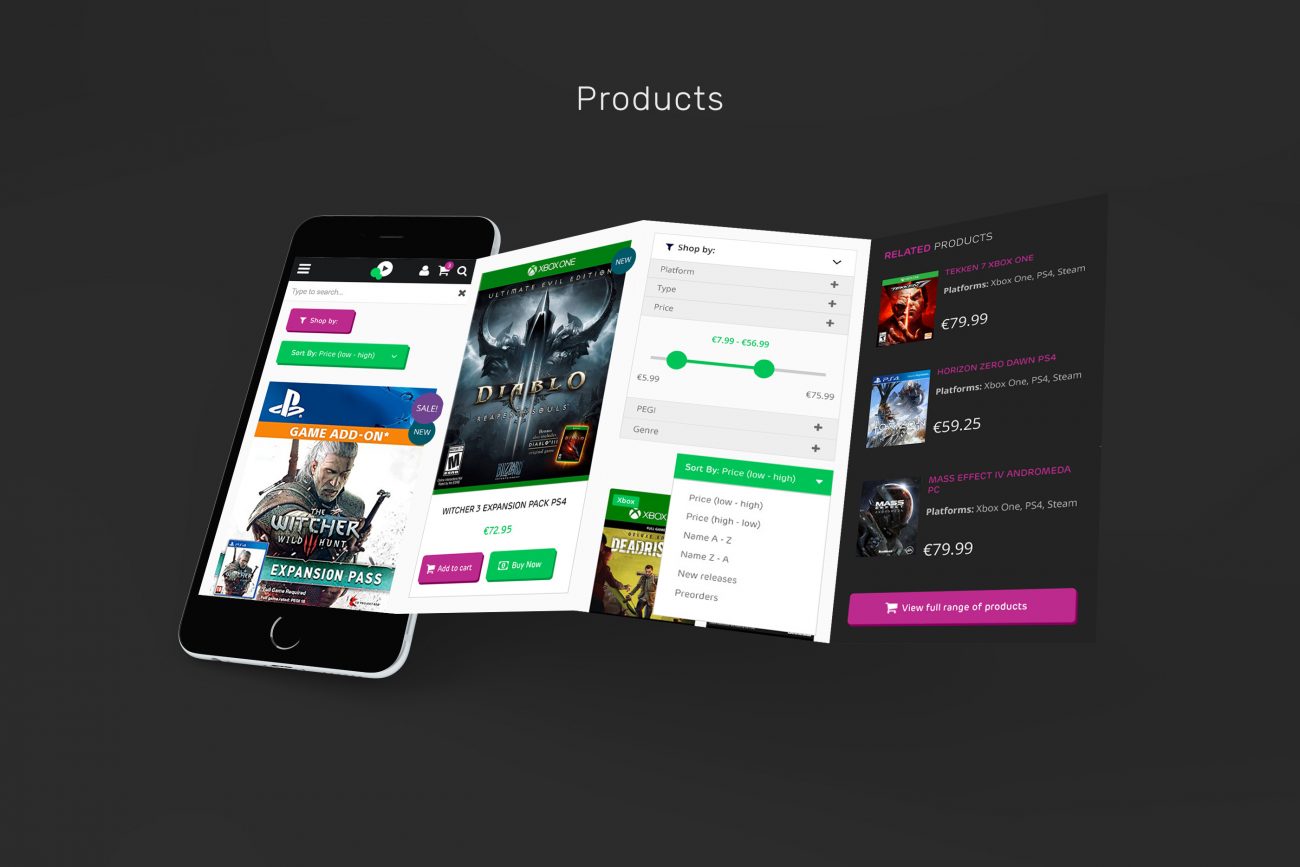 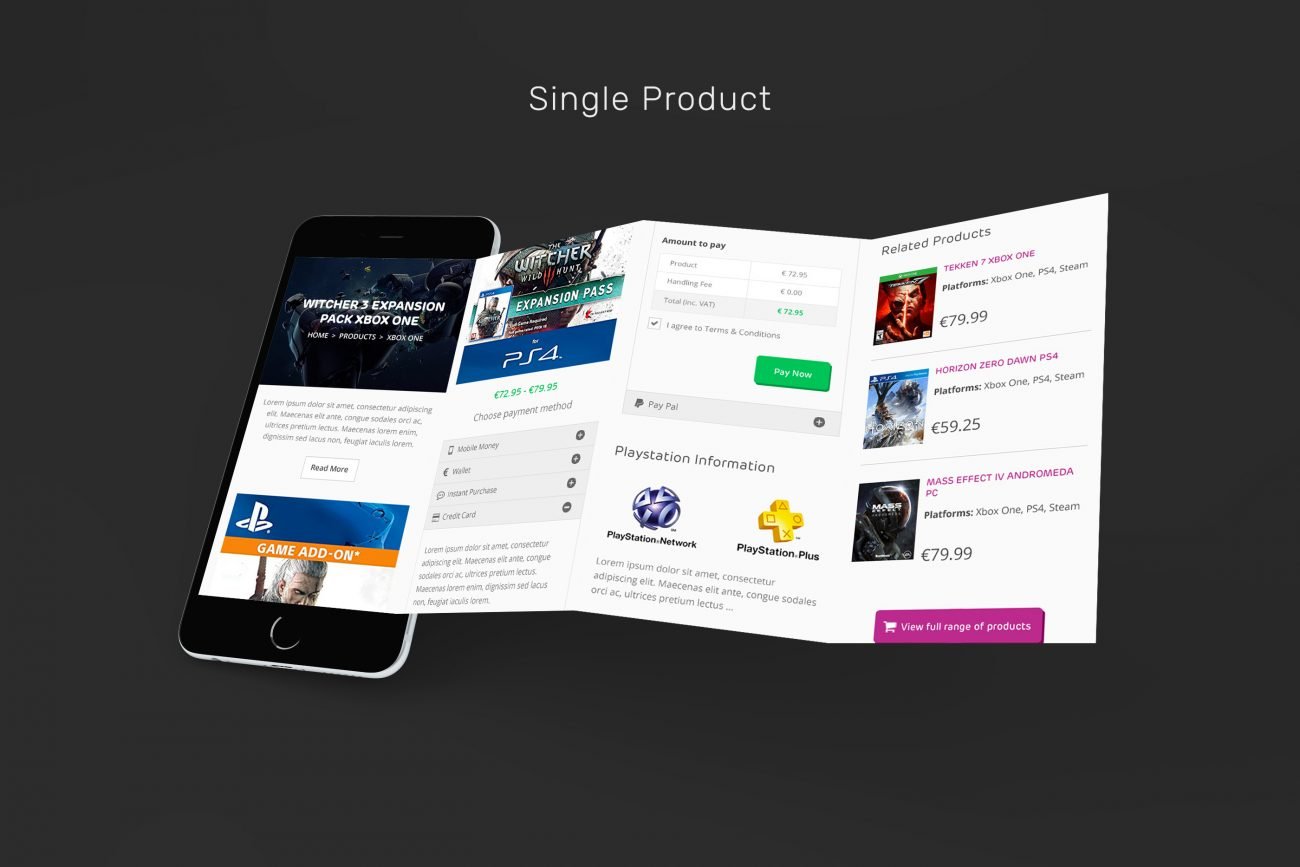 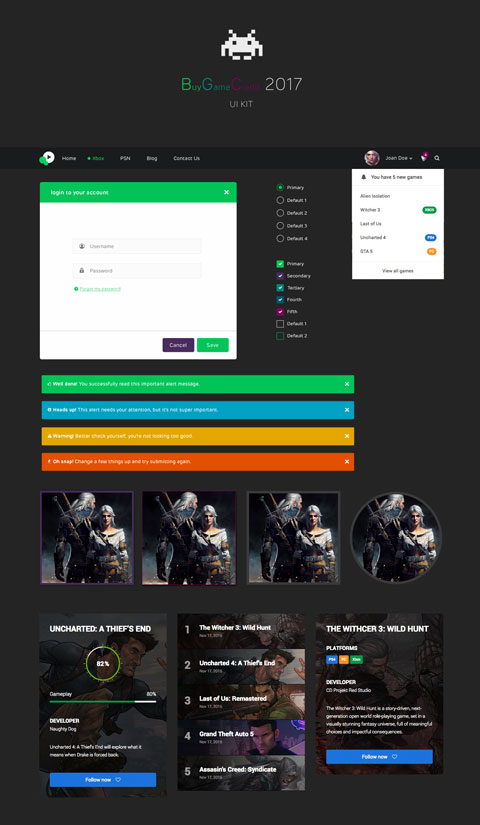 Initially this product was released for medical purposes. Patients would be able to pay for hospital services with their mobile phones once they received sms invoice. As this service became successful in that market we were looking for other way to utilise it. As many of us in company were gamers & were buying points for our XboxLive accounts (usually paying with credit card or going to shop to buy it physically ), we realised that a lot of young gamers doesn’t own or simply doesn’t want to use their credit cards. But all of them own at least one mobile phone, either bill phone or pre-pay.

We decided to roll out our service for gamers to be able to buy points using their mobile phone & sms service. Initially we started with only 3 products offered by Microsoft Xbox but we quickly realised demand was way higher than only those 3 products.

Our first website was great success & I was put in charge of upgrading it to match demand & make it more user friendly. Together with my co-worker, developer & dear friend Josu Vicente we upgraded website & added more products, but we shortly realised that demand for this was way greater that we thought & we would need not only to upgrade our service but also to create completely new web portal to handle all of those interested.   Especially that we have been noticed and approached by some major companies in the market like Microsoft, GameStop & HMV.

Again, as a UX lead I was put in charge of not only designing new great experience that would match gamers demands but also to create fresh & exciting brand for our product, along with brand marketing materials, graphics & social media elements.

After research & gathering data, I decided to create mobile-first portal, as 78% of our users were using mobile phones to buy products, we wanted to make it as easy for them as possible. They would be able to buy & redeem codes on the fly anywhere just using their mobile phones. Because high interest from HMV to use our service under their branding we decided to develop white-label portal that would be easily adjusted & re-branded. Additionally, because of high demand we decided not only to include points in our products but also games and other Microsoft products. Users would be able to open secure account on our portal, gather credits on it and then spend it on games & points. Along with mobile payments we introduced possibility to pay via credit cards as a way to reach even more gamers.

Pinnacle of success for this service was interest of Microsoft in it & eventual purchase of it.

Rest is a history …

One of most challenging & fun projects in my career. One of first with deep UX/UI research & understanding of user needs. Because we didn’t expected it to be such a success at early stages we had to quickly adapt to a new situation and challenges ahead.

Great feedback & large number of service users also came with security & fraud challenges. Also because younger age of our users we had to make sure all purchases are legal & if underage there is consent of adult to make that purchase.

With this project I also found out how crucial it is to have early prototype user tested and feedback received. And also expect the unexpected as we found out after product was released. 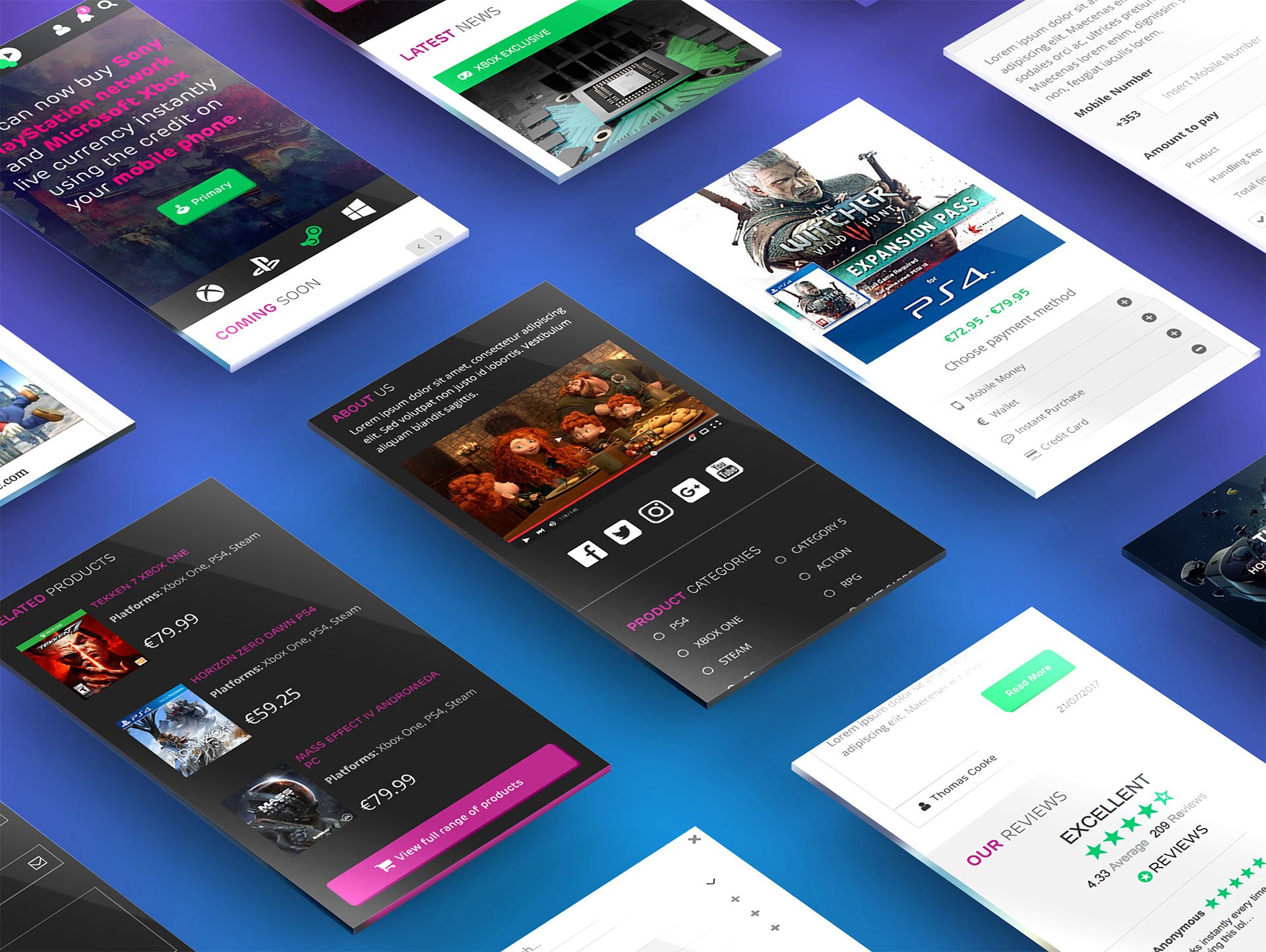 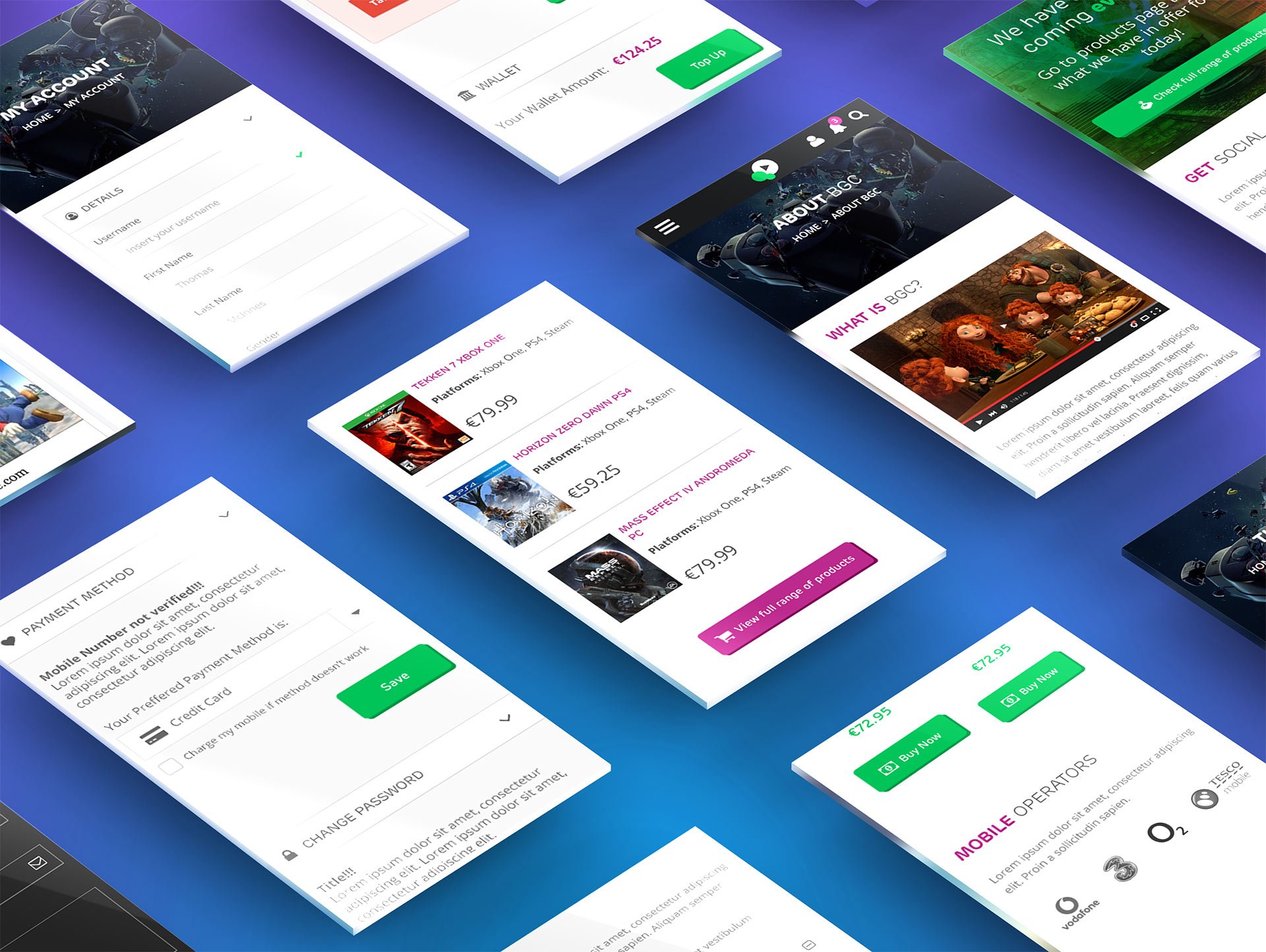 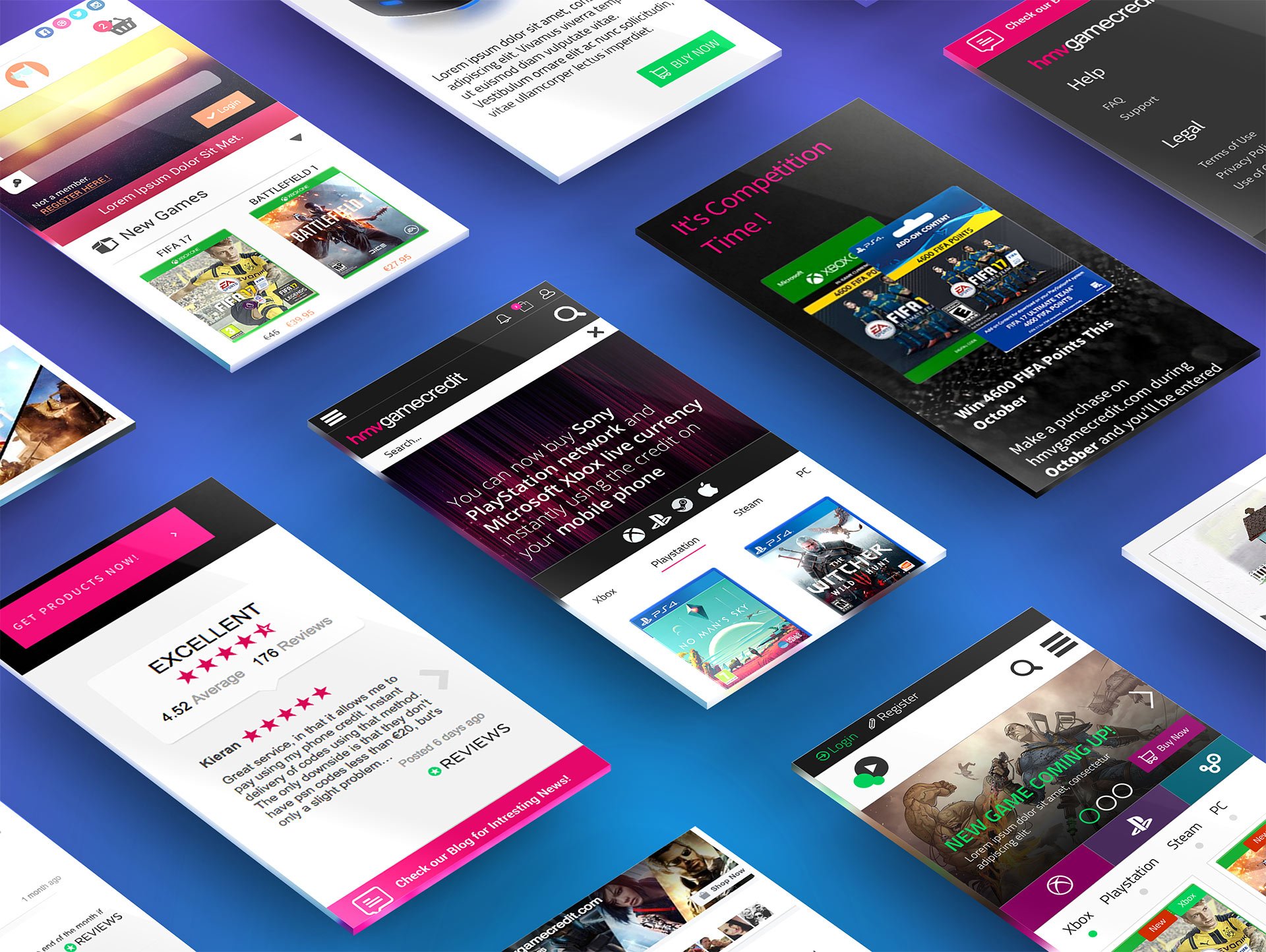 Confusion and clutter are the failure of design, not the attributes of information.

Let’s Talk About Your Project

No matter how big or small it is, get in touch & we will create something great.

If you need to refresh existing one or create new. Drop me an email or call, I’ll be happy to help.

Let me give you a hand with getting the best out of your product / service & make users fall in love with it.

catch me on Whatsapp